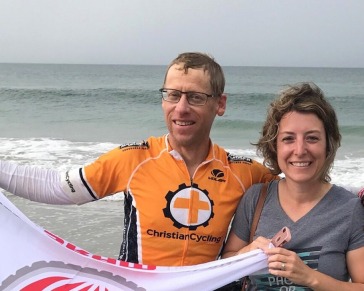 Dave Schweikert is currently the Quality Manager for Zipp in Indianapolis, Indiana.  A native of Akron, Ohio, Dave grew up in Raleigh, NC.  Following his graduation in Mechanical Engineering from NC State University (go Wolfpack!), Dave worked for Caterpillar before relocating to Indiana.  He spent 20 years in the automotive industry with Remy (now a division of Borg Warner), progressing through a variety of engineering and management positions before joining SRAM and Zipp in 2012.   Dave has worked internationally for much of his career, including an expatriate assignment for Remy in Shanghai, China in 2011-12.  He also holds a master’s degree in Engineering Management from Rose-Hulman, and was formerly a registered Professional Engineer.  For more on Dave’s professional background, please see his LinkedIn profile.

Dave was a competitive runner since his school days at distances ranging from 400m to a marathon.  Although he completed his first century ride in 2002 (on a mountain bike!), he came to road cycling at the age of 40.  Here are a few of his main cycling accomplishments:

Why I Ride (for WBR)

Why I Ride (for WBR)